Cynthia Truesdell, RN is a former Night Supervisor for the Countryside Care Center, a health care center offering services to individuals throughout Delaware County. Specializing in nursing home room supervision and staff management, Ms. Truesdell makes the most of her background in the field by knowledgeably supervising up to 160 residents, updating care plans, and handling all problems or emergencies that may arise during the night. She state that her biography, without including her husband Bob, could not be written because his experiences have contributed much to her life. Everyone enjoys a good love story, especially a modern day Romeo and Juliet with a Cinderella twist. Her tale begins in 1966 when she first met Bob at a school dance. After a three-year engagement, they planned to marry in 1970 after she completed nursing school. In 1969, their hopes and dreams came to a crashing halt. Bob was diagnosed with Hodgkin’s Disease, which at that time was a fatal cancer. Little did she know that deciding to carry on with their wedding plans would be the wisest decision of her life. Surgery and five weeks of cobalt treatments were completed before the wedding date of September 19, 1970, however they were only palliative measures. The prognosis was grim; he had possibly two years, but no guarantee. One day at a time became their philosophy and the love they shared helped keep them hopeful instead of fearful. In 1974, a recurrence of the disease made them painfully aware that the clock was indeed ticking. An exploratory laparotomy indicated progression to stage 3 and the verdict was an invitation to participate in a clinical trial that involved multiple IV and PO drugs. Two courses of grueling chemotherapy only brought hope for more time. All during this time, she learned the true meaning of courage and determination. It amazed her how little Bob complained nor did he ever feel sorry for himself. Of course, the chemotherapy helped save his life. She also knows that Bob saved himself and obviously had an extraordinary will to live. The words of Deepak Chopra certainly fit in here: “It’s not so much what kind of disease a person has, but what kind of a person that has the disease.” Nothing in her life has been more monumental than Bob’s survival. Destiny not only brought them together but kept them together for 38 years. A man’s greatness is not measure by money, fame or power, but by what is in his heart. Bob is truly a great man.

The next chapter is about Ms. Truesdell. To make a long story short, she was certainly blessed to be handed down a wonderful legacy of love and guidance from her parents and grandmother, and to this day her mom at 87 years old continues to always be there whenever she needs her. It was one of her childhood friends that inspired her to become a nurse like she was. Becoming a candy striper at 15 years old ‘sealed the deal’ and in 1968, she entered Vassar Brother’s Hospital School of Nursing and graduated in 1970. Her first job was at Stamford Community Hospital, where she worked as a staff nurse night supervisor, infection control nurse, cardiac care nurse and assistant director of nurses. In 1986 she started a new job at Countryside Care Center, where she is still employed. In 1995 Bob and she renewed their wedding vows at Walt Disney World where they took a magical journey in Cinderella’s coach, reaffirming their vows in the Wedding Pavilion and later on, Mickey and Minnie joined them for a memorable reception at the Grand Florida Resort. And yes, Bob presented her with the famous glass slipper while down on his knees. Five months later Bob saved her life. Though he was rarely ill, he caught the flu and was so ill he had to see the doctor. She decided to have a good physical exam that same day; after all, she was 46 years old. Much to her surprise, an irregularity was detected in her left breast that she couldn’t feel at all. It was so insignificant she couldn’t have found it until much later, if at all. A mammogram was ordered and said the spot looked suspicious. A biopsy was final; she had breast cancer. Her verdict was chemotherapy along with radiation and the mention of the word ‘chemo’ made her want to run away until she thought about Bob’s experience and in doing so, she was able to successfully face her own challenge. Twelve and a half years have passed and as a survivor, she must encourage all women to have yearly physicals and any other family history-related tests. Early detection and treatment can save your life. It’s what you don’t know that can hurt you. Recently Bob has finished 12 chemotherapy treatments for colon cancer and once again, will be taking one day at a time on the road to recovery. As for Ms. Truesdell, she’ll be pumping iron at the gym, entering some body building contests and trying to stay strong and healthy in order to face whatever the future may hold. All of these experiences have made her aware of how precious and precarious life can be and how quickly the balance can be upset. She states, “Although we often forget to, all of us need to stop and smell the roses and count our blessings because they’re there, we just get caught up in our busy lives and tend to forget.” Some of her favorite words of wisdom are: It’s not so important to be the best, just be the best that you can be. Nothing is impossible. Dare to challenge yourself and dream dreams. If you believe in yourself, you can make it happen. Also be willing and prepared to accept failure, should it come, and be satisfied that you gave it your best shot. Say what you mean and mean what you say because once it’s said, you can’t take it back. Don’t be afraid to set goals. Goals are the building blocks of our hopes and dreams. Achieving them will empower and reward you. 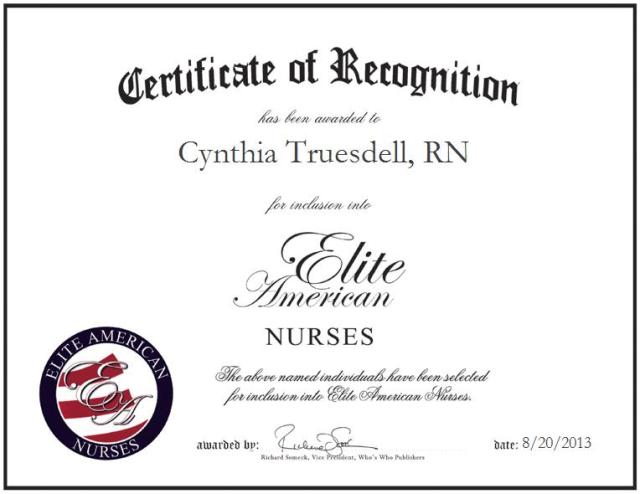 Who's Who Lifetime Achievement

A Who's Who roster of prestigious Lifetime Achievement inductees

The leading source for prominent military professionals in the Worldwide community.

The leading source for prominent lawyers in the Worldwide community.

The leading source for notable executives in the Worldwide community.

The leading source for prominent health professionals in the Worldwide community.

The leading source for distinguished public servants in the Worldwide community.

The leading source for skilled engineers in the Worldwide community.

The leading source for prominent physicians in the Worldwide community.

The leading source for prominent nurses in the Worldwide community.

The premier source for prominent and successful female leaders.

Deciphering fact from fiction: Providing corporate transparency for our members

The leading source for prominent educators in the Worldwide community.